A weeklong look at food in America’s most diverse neighborhood.

Deserts at some of Anchorage’s nicest restaurants comes straight from the heart of Mountain View. Alaska Supreme Ice Cream, located in the Mountain View Plaza, mixes up wholesale flavors like this scoop served at Ginger downtown. 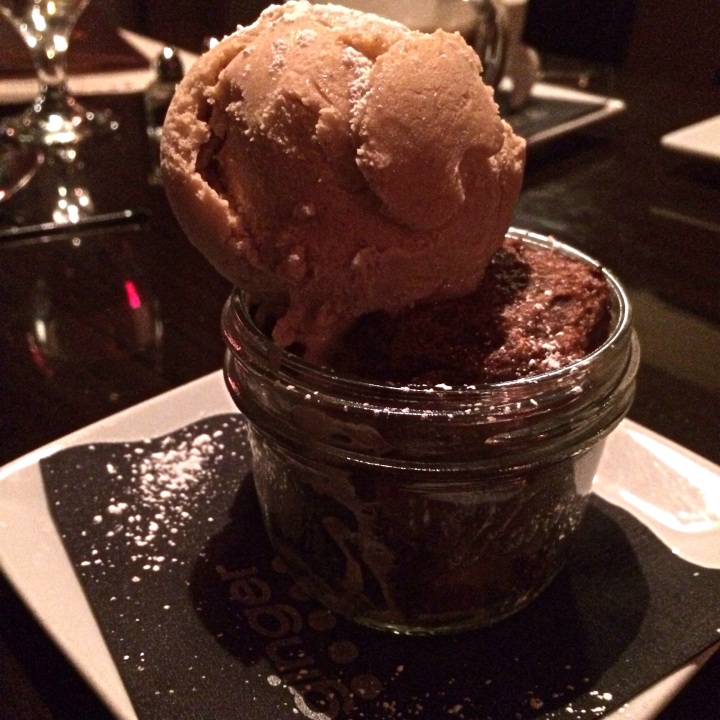 Former Mountain View resident Jaye Keeher has been a regular at the New Hope Baptist Church food pantry for years: He volunteers and takes home some food of his own.

“People come from all different walks of life,” Keeher said.

A chef with the Anchorage nonprofit The Children’s Lunchbox, Knight prepares everything from pizza subs to baked fish with food that’s delivered to the Boys & Girls Club every Monday. The weekly Sam’s Club order totals $3-4,000, Knight said.

He buys ground beef, chicken and tomato soup; grapes, apples, pears and carrots; noodles and rolls. He fills anywhere from 80 to 115 plates, five days a week.

“I’m trying to introduce [the kids] to as much fresh stuff as possible,” Knight said.

The only pizza in Mountain View

This is the original menu for Jamico’s Pizzaria, which has been in business in the same building on Mountain View Drive for more than half a century. It’s had many owners over the years, and the current ones are considering expanding the menu to include Mexican fare.

1/14  –  Where to find mature chickens and tamarind candy

Mountain View is home to three grocery stores within a half-mile stretch of road. There’s Red Apple, Thai Market and New Asian Market, which is tucked into one half of the old Blue Pacific building on Mountain View Drive. Red Apple sells a little of everything. Thai Market, as owner Daniel Nasunin is quick to tell you, specializes in specifically Thai ingredients. New Asian stocks a few of the same staples and a few unique tastes of its own.

She learned to cook falafel when she was 10 and living in Africa. Now, Omima Adam sells it from her family’s food truck in Mountain View. Here’s what you need to make it yourself.

Soak the chickpeas overnight until soft. Grind. Shape into patties. Deep fry until golden brown, cool and enjoy. The video cuts off at the end, but Adam says the key to crispy falafel is to keep the bowl uncovered. If you prefer them soft, use a lid.

If all goes according to plan, Mountain View restaurateur Bill Hoopai hopes to serve Hofbrau and pinot with his jagerschnitzel and schweinshaxe.

Hoopai has applied for a state license to serve beer and wine at West Berlin, the neighborhood eatery he opened late last year.

“It’s a German restaurant, and beer and pretzels kind of go together,” Hoopai told the Mountain View Community Council at its meeting Jan. 12.

He hopes to keep four beers on tap, including a specially brewed Kolsch from the neighborhood’s first brewery; Resolution Brewing Company. Between new flavors, a local touch and an affordable menu, Hoopai said he aims to create an upscale dining option for Anchorage’s working class.

“I want to bring something new to Mountain View,” he said.