‘They don’t know how much they’re helping’

R. Thompson had a dream: To earn a nursing degree, find a better job and raise her four children in security and comfort.

She’d already earned a degree in early childhood education. She was ready to take the next step. But when she was accepted into the nursing program at the University of Alaska Anchorage last year, she turned it down. Who would care for Lee, her youngest daughter, still just three years old? A single mother, Thompson found childcare to be either prohibitively expensive or shockingly inadequate.

And just when she thought her dream might be slipping away, she found an answer to her childcare dilemma — a Head Start preschool built into a new housing development in Mountain View.

She felt safe there. Lee seemed happy. So Thompson enrolled her daughter in the pre-K program, and she enrolled herself at UAA. Finally.

“It just means so much to not have to worry about Lee,” she said, waiting to pick up her daughter one sunny weekday afternoon.

“It means so much to me, to be able to finally advance in my career so that my family — as a whole — can be and do better.” 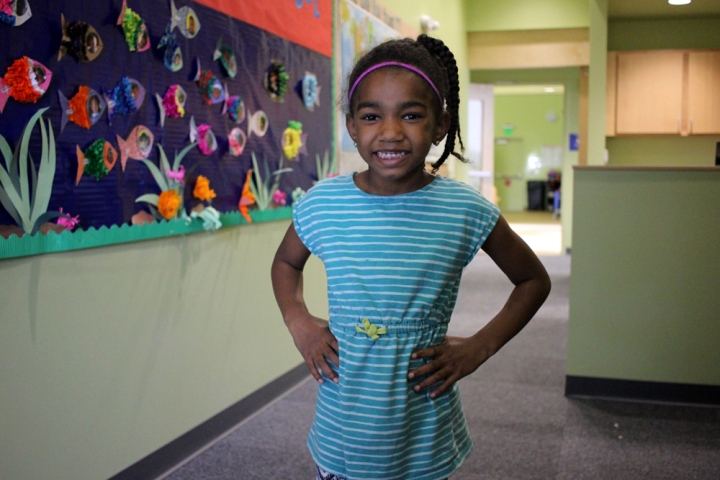 For Thompson, the program offered immediate aid. Research points to Head Start’s long-term benefits, too: Children who participate are more likely to graduate high school and go on to college and more likely to grow up in healthy homes, according to an August report by the Brookings Institution.

“It’s really about having impact,” said Dirk Shumaker, Kids’ Corp. executive director. “It’s about, at the end of the day, what happens to these kids in the future and when they go to school. Are they successful? Are they ready to be successful?”

The program draws many families from Mountain View, the executive director said. While there’s never enough room for everybody, new pre-K programs at local elementary schools have whittled away at the Head Start waiting list. As many as 120 applicants have been rejected in years past, Shumaker said. This year, the number was around 75.

At the two centers on Commercial Drive and the new center at Ridgeline Terrace, children play and interact and learn about reading and math. Lee, who loves to draw, learned to fashion a book out of paper and tape and string.

Those little things add up in a big way. Over the course of each school year, Kids’ Corp. charts children’s progress in more than a dozen categories, from writing and counting to motor skills and measurements. Annual reports document growth in every area.

Other things are harder to quantify. Like future security. Financial independence. The realization of long-term dreams.

By the time Lee completes the Head Start program next spring, Thompson will be just a year away from achieving her own educational goals.

“When I get through the program, I’ll be a registered nurse. We won’t qualify for places like Head Start anymore, but we won’t need to,” she said. “We won’t need to seek out low-income places so that we can function, and have groceries, and pay rent, you know what I mean?”

Thompson’s hopes and dreams for her children rely on that degree, now within reach. Because of Head Start, she said. 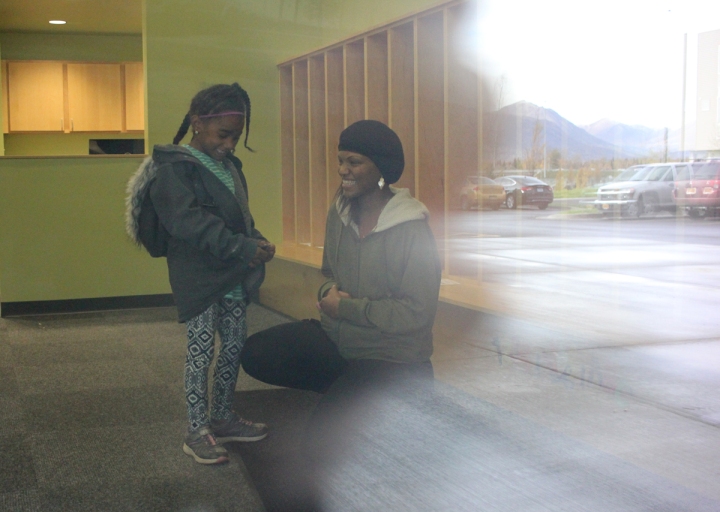 Raechyl and Lee at Head Start in Mountain View.