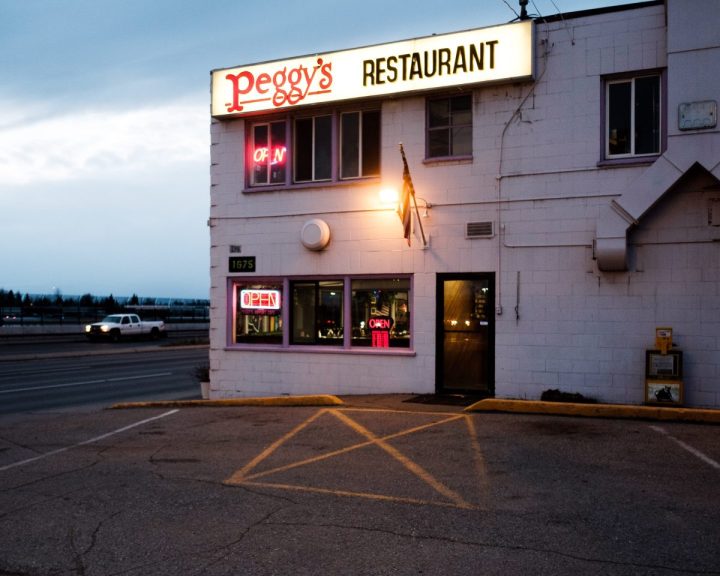 Peggy’s Restaurant — one of the oldest eateries in Anchorage — is located at 1675 E Fifth Ave. Photo by Young Kim

Built at the western edge of Mountain View, Peggy’s Restaurant might just be the oldest restaurant in Anchorage.

Established in 1944 and formerly known as Peggy’s Airport Cafe, the original one-story building was a common stop for bush pilots flying into Anchorage’s Merrill Field, conveniently located just across the street. 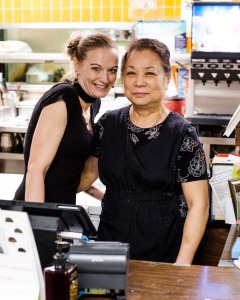 Jennifer Warwick (left) has been working with Peggy’s Restaurant owner Nancy Burley (right) every night for three years. There isn’t a lot of turnover in the serving staff; some of the other servers have worked with the Burleys for 15 or 20 years. Photo by Young Kim

The Burleys moved to Alaska in 1984, and Nancy Burley worked at Peggy’s for two years before buying the establishment, named after a woman named Peggy Lott. Crystal Burley remembers meeting Lott in 1990 and again for the restaurant’s 50th reunion in 1994, when the Burleys invited all of Lott’s former employees and customers to the reunion lunch.

“She was very feisty. She was always like, ‘You need to make sure you’re paying attention to your waitresses! Make sure they don’t give too much away,’” Crystal Burley said.

Peggy’s staple is pie. Strawberry rhubarb is a common favorite, and the banana cream, too, Burley said. Lott had help from June Bowen, who baked pies at Peggy’s for 35 years before retiring. Her handwriting is on most of the recipe cards, and the pies sold in the diner today are made from the same recipes Lott and Bowen used 73 years ago. The Burleys own a metal box containing dozens of pie recipes from decades past. 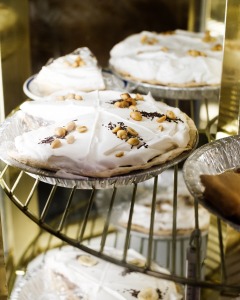 Pies are Peggy’s specialty. The recipes the Burleys use are the same used by Peggy Lott, original owner of the restaurant. Photo by Young Kim

Peggy Lott originally moved up to Alaska to be a school teacher in Seldovia. She eventually taught in Bethel, where she met her husband, Frank, who was from England and arrived in Nome during the early gold rush years. After his death in 1973, Lott moved to Mount Vernon, Washington. Anchorage was getting too big and too busy for her, she said.

Lott passed away in 2006 at 103. The restaurant with her name still serves customers from every corner of Anchorage and beyond.

The building’s pale, lilac exterior holds a lot of memories inside; walking into Peggy’s almost feels like a step back in time. Orange tiles cover the walls and old-timey stools wrap around the counters. There’s a glass case that holds over a dozen freshly baked fruit and cream pies. Regulars at Peggy’s have their cup of joe every morning at their booth, or their usual order each Friday. Bottomless coffee is served all day along with breakfast, which makes for a great fix for pancake cravings late at night.

Peggy’s Restaurant patron Defford Taylor enjoys a cup of coffee after finishing his breakfast on Oct. 25, 2017. Photo by Young Kim 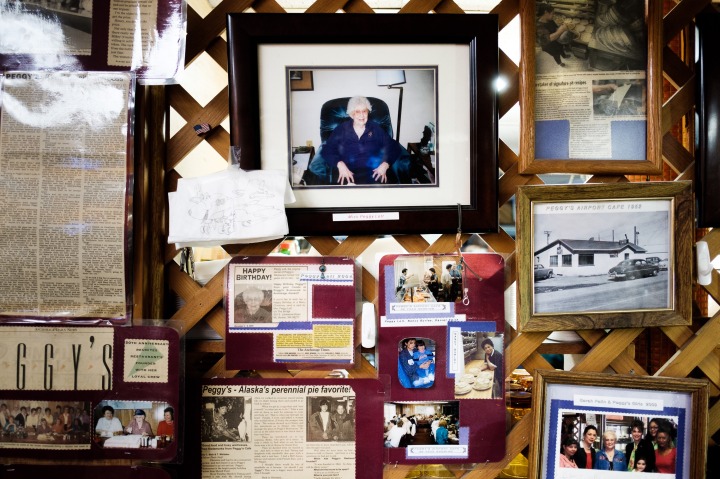 Peggy’s Restaurant founder Peggy Lott originally moved to Alaska to be a school teacher in Seldovia. She passed away in 2006 at the age of 103. The restaurant still has a wall of old clippings and photos of Peggy. Photo by Young Kim

Throughout the years, there have been highs and lows for the establishment. A dishwasher was once shot during a dispute over another man’s wife; a stabbing occurred outside the restaurant in 2013. But the lows don’t outweigh all the other memories.

This building holds history within its walls.

This story appears in the Winter 2018 issue of Mountain View Post magazine: Find copies — including more photos from Peggy’s and stories from Mountain View — beginning Jan. 27 at the Mountain View Neighborhood Library, Resolution Brewing Co. and other local businesses.