As the Alaska Rugby Union charged through its regular summer season this year, the rugby pitch at Davis Park sat mostly quiet.

There were no weeknight practices or weekend tournaments on the main field this summer — only soft spots and at least one large sinkhole.

Here’s why: Before the field was a rugby pitch, it was occupied by military housing serving Elmendorf Air Force Base, and while the housing is gone, old underground septic cribs remain, according to the Anchorage Parks Department. As the cribs age and give way, the pitch settles and sinks. Eventually, a sinkhole more than four feet across appeared at the south end of the field, at the place where rugby teams usually meet and spectators gather to watch.

So for the summer, the field went mostly unused. Anchorage rugby teams played on pitches in other parts of town. Parks Department crews worked to fill and grade the sunken areas. They reseeded the field in August.

Now, if all goes well, rugby teams hope to return to Davis Park by next year, said David Delozier, president of the Alaska Rugby Union. 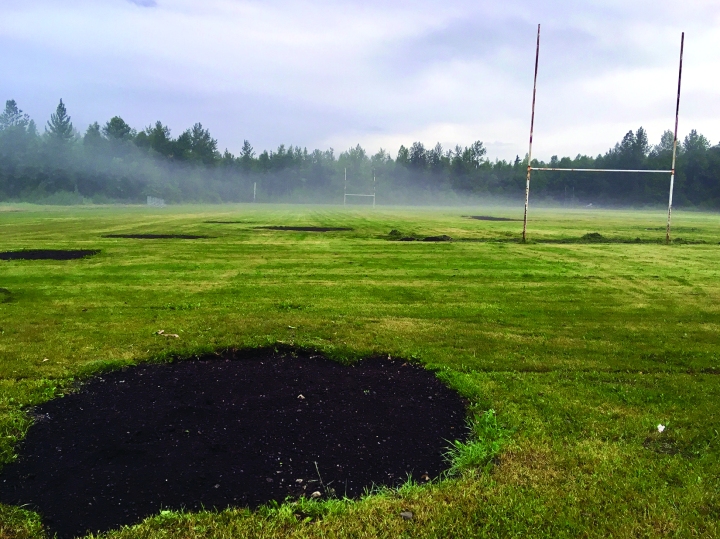