Another Alaskan is carving a niche in the neighborhood art scene. 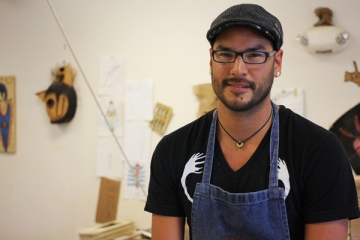 “When I started, I was really worried about doing something traditional, so I would try to mimic traditional style using traditional materials and really muted colors,” he said, sipping black coffee inside his studio one rainy Tuesday afternoon. “And then I realized I wasn’t telling my own story.”

Today, many of his masks are painted vibrant colors. Some are decorated with metal and plastic. They’re bursting with spiritual symbolism: darkened fingers to represent practices of shamanism and marks to symbolize the seven chakras. One recent creation includes an interactive element, with arms that rise with the pull of a cord.

You can find Michael’s work at various museums and galleries throughout Alaska and the Pacific Northwest, including the Anchorage Museum, the Pratt Museum in Homer, the Sheldon Jackson Museum in Sitka and the Portland Museum of Art. “Aggrevated Organizms,” a collaboration with artist Elizabeth Ellis, is on display at the Alaska Native Heritage Center throughout the summer, he said.

“I really want to change my city and my state, because I think some of what we decide to do is mediocre, and I think we can point to even better,” he said. “Taking risks is scary sometimes, but the cities who have taken the biggest risks have become place where people want to be.” 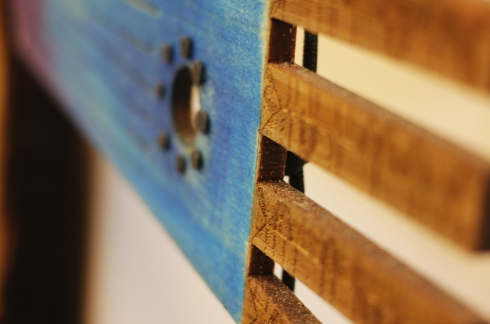 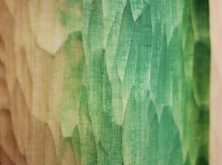 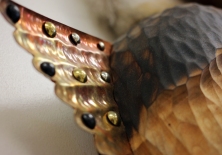 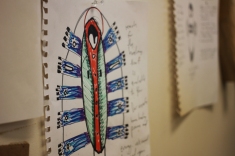 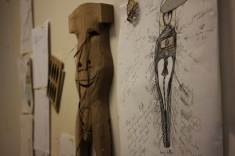 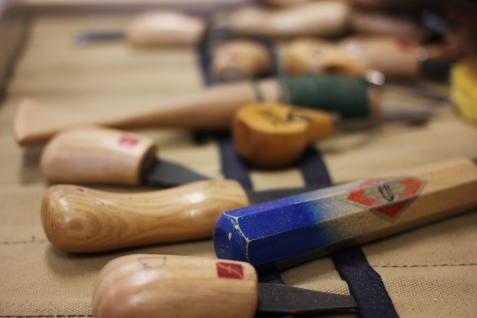