The project used recycled turf to resurface the  infields at both Blackburn and Peck Field, home to Polar Little League. It received state funding and support from numerous community organizations. 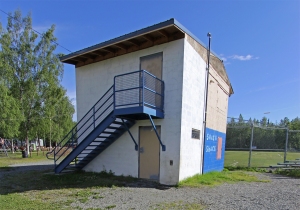 The new infields are just one of several upgrades set to take place at the neighborhood park this summer. The Anchorage Park Foundation said it’s working to replace the ball field fences and dugout. The Anchorage Community Land Trust is also partnering with other neighborhood groups to repaint the park’s Snack Shack, where the little league operates a concession stand during the summer months.